Ways to control your teeth grinding

This original article from THE WASHINGTON POST By Sally Wadyka; June 20, 2022 at 2:00 p.m. EDT can be found here The Washington Post article.

(below is a copy of the text) 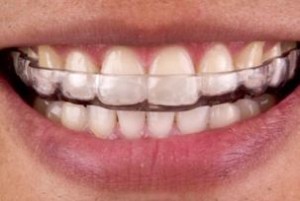 Dentists reported a 69 percent jump in patients who clench or grind their teeth during the pandemic, according to the American Dental Association (ADA). And most of these people are probably unaware that they’re doing it. “It’s an almost completely unconscious behavior,” says Vicki Cohn, chair of the American Academy of Sleep Medicine’s Dental Assembly.

The condition, called bruxism, can apply up to 200 pounds of force to the teeth. “The bite strength of grinding can be up to six times greater than normal chewing,” says Ada Cooper, a dentist and a spokesperson for the American Dental Association. So it’s no surprise that it can wear down or even break teeth. And for older adults — whose teeth may be more fragile — bruxism may be especially troubling.

In these trying times, dentists are seeing more people with teeth-grinding and jaw-clenching — a.k.a. bruxism

A host of causes

Bruxism can occur during the day or at night. Stress can be a significant factor, either in moments of acute tension or during sleep, when elevated levels of stress hormones may still circulate after a difficult day, Cohn says. Habits such as alcohol and tobacco use hike the likelihood, too. “Smokers are about twice as likely to grind their teeth as nonsmokers,” Cooper says. Certain medications — such as some antidepressants and antipsychotics — can also increase the risk.

Conditions that affect the central nervous system, such as dementia, Parkinson’s disease or stroke, can cause or exacerbate bruxism. And it often goes hand in hand with temporomandibular joint disorders, which cause pain around the jaw. Finally, there’s obstructive sleep apnea (OSA), where the upper airway becomes repeatedly blocked during sleep, leading to numerous breathing pauses at night. This can cause people with OSA to “unconsciously overcompensate and grind their teeth as they thrust their jaw forward to open the airway,” says Manar Abdelrahim, a dentist at Cleveland Clinic. (If you’re told you have OSA, ask about being evaluated for bruxism.)

A cracked tooth, crown or filling may be a clear signal something is amiss, but there are less dramatic signs to watch for. People with sleep bruxism, for instance, may wake up with a sore jaw or neck, a headache, a stiff jaw, ringing in the ears, or marks around the edge of the tongue where it pressed against clenched teeth. If you notice these, see your dentist, who will check for tooth wear, fractures and gum recession. But “if the only evidence is wear on your teeth, you might not have active bruxism,” Cohn says. Chronic severe heartburn is a common cause of tooth wear in older adults.

A video recording in a sleep lab or electromyography can definitively diagnose sleep bruxism. For the latter, electrodes attached to the skin check for repetitive jaw muscle movements.

Need a quick stress-reliever? Try one of these surprising science-based strategies.

While bruxism can be hard to remedy, the following may help: